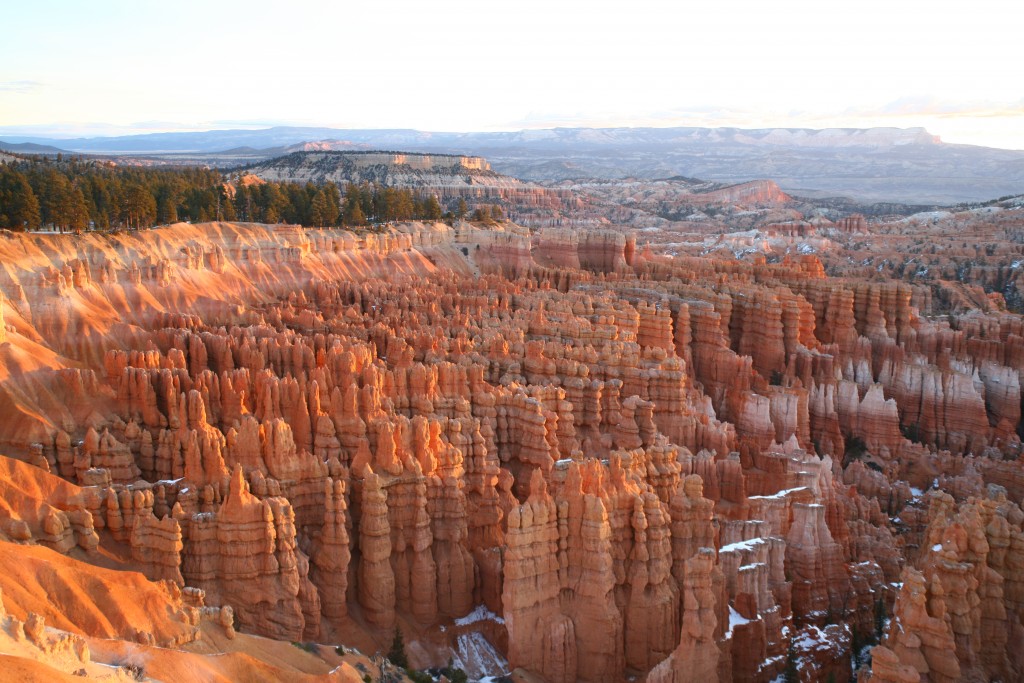 Hoodoos—tall and thin rock spires of multiple colors and varying thickness— are formed by two weathering processes working together to erode the edges of a plateau. Here in Bryce Canyon, these unique-looking geological features have been formed primarily through a process called frost wedging, which acts in a similar way to how pot holes in the road are formed. Each winter, the snow thaws and melts around the formations, then seeps into any cracks. When the water freezes, it expands by almost 10%, stretching out existing cracks. Each year about about 200 freeze/thaw cycles do their work on the Paunsaugunt Plateau.

The hoodoos are a must-see at sunrise and sunset, when the orange glow makes the rocks come alive and casts long shadows deep into the natural amphitheater. The contrasting colors, textures and rock layers make Bryce Canyon a red-rock paradise for photographers, hikers and families.