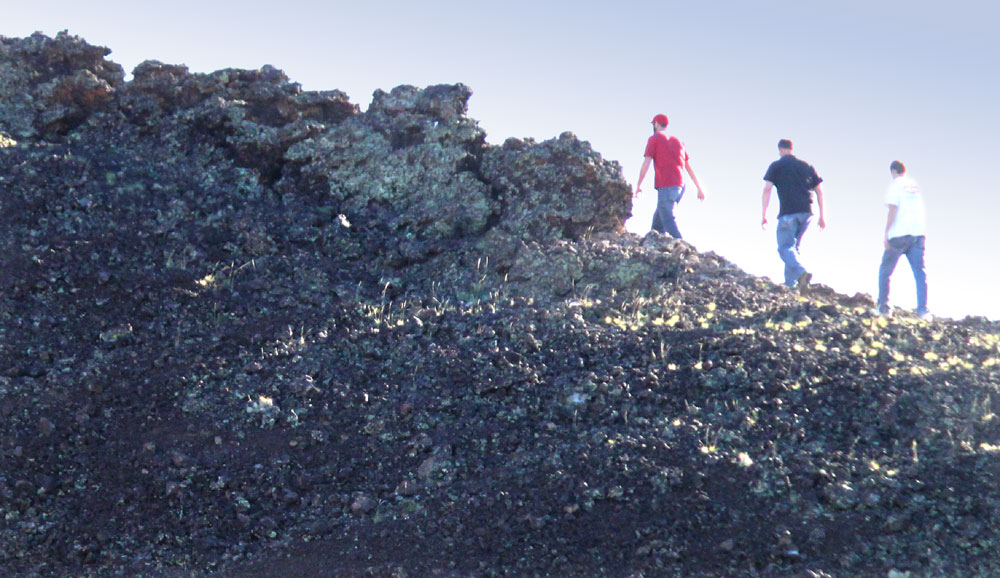 Hikers walk up a hillside covered in volcanic rock

One of the most significant areas of volcanic activity in the Bryce Canyon region is the Markagunt Plateau, beginning about 5 million years ago. The latest eruption occurred around 1,000 years ago, based on the study of growth rings of some of the oldest juniper trees in the flow. Some of the youngest lava fields and cinder cones are located near Panguitch Lake, including a large block of lava flow that reaches from Miller Knoll almost to the lake. About 22 miles south of Panguitch Lake, Mammoth Cave is a lava tube that was formed by water and cooling lava. The 1/4-mile long cave, formed about 2,000 years ago, is one of the largest lava tubes in Utah. 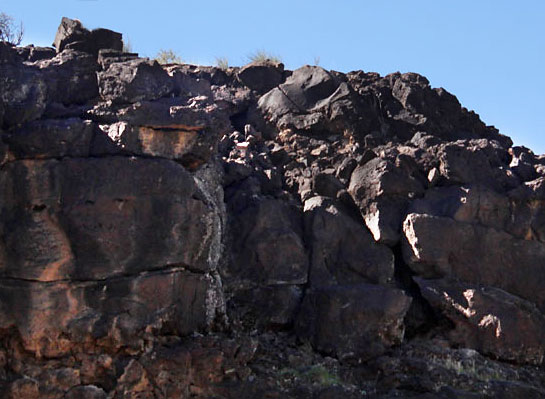 A wall of volcanic rock from ancient lava flows.

Volcanoes are formed bymolten magma forcing its way through from deep below the crust. The often cone-shaped formations have wide center openings through which molten lava, rock, gas, steam and ash expel from deep below. Mammoth Cave is believed to have been formed by lava pushing up through fissures in the earth. Millions of years of plates sliding, lifting and melting led to the formation and eruptions of ancient volcanoes in the area now known as Bryce Canyon Country. 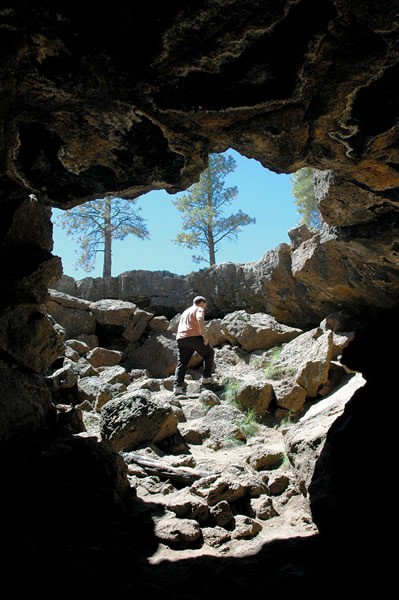 A view out of the opening of Mammoth Cave
Author