In our prior post about the Grand Staircase we addressed the steps in the staircase that begin with the Grand Canyon and then move north toward the Vermillion and White Cliffs.  In this post we talk about the northern upper steps of these geologic layers. 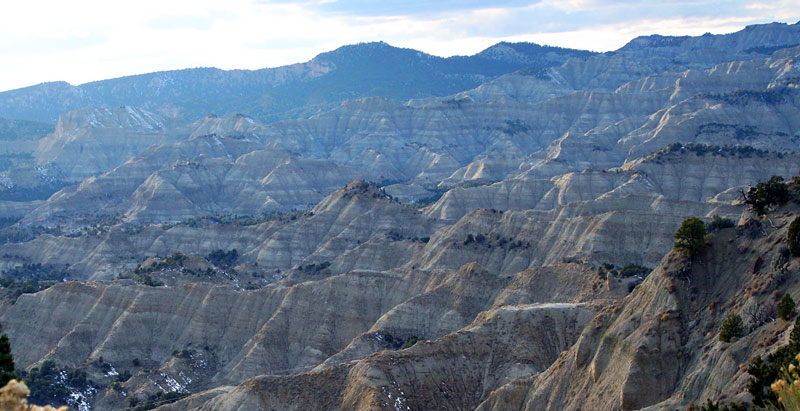 These gray formations are found below the Aquarius Plateau and are called "The Blues".

Pink cliffs comprise layers found between approximately 8,000 and 10,500 feet in this region.The Pink Cliffs
Bryce Canyon National Parks famous hoodoos are sculpted from the youngest layer of the Grand Staircase. The Pink Cliffs of the Claron Formation are 50 to 60 million years old. The Pink Cliffs also define Red Canyon and Cedar Breaks.  Bryce Canyon balances on the edge of the Paunsaugunt Plateau, which rises 7,000 to over 9,000 feet above sea level. 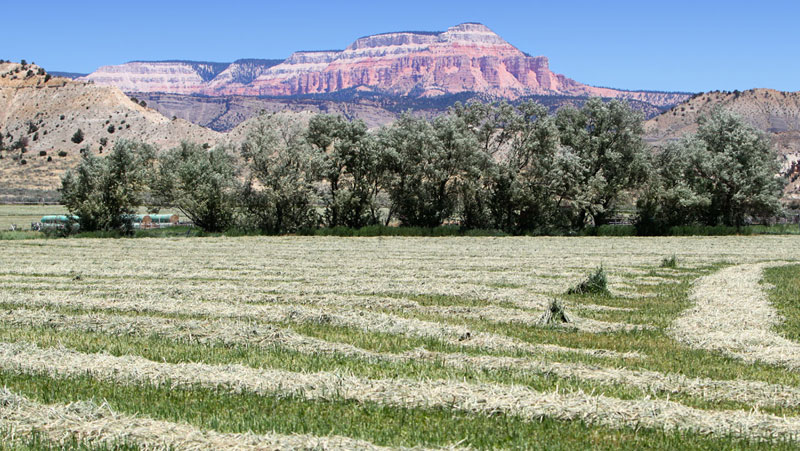 Read about the first three steps of the Grand Staircase here.