The History of Bryce Canyon’s Namesake

Perhaps two of the most immortalized “Ebenezers”in namesake history are the infamous Scrooge, forever celebrated as the former miser who despised Christmas, and the lesser known, Bryce, the man whose name is responsible for characterizing the other-wordly rock formations and stark landscape of Bryce Canyon National Park. 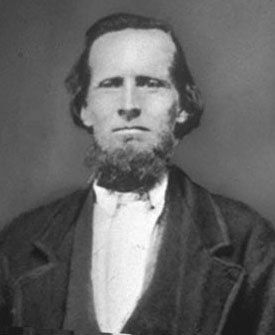 Born in Scotland on November 17th, 1830, Ebenezer Bryce was a Mormon pioneer and one of a large number of converts to the LDS church who left Scotland for Utah in the mid-19th century.  He immigrated to the United States through New Orleans when he was just seventeen years old, and in 1854 headed to Salt Lake City, married Mary Ann Parks, and began blazing his mark on history through the rugged back-lands of Utah’s famous deserts.

It wasn’t until 1862 when Bryce took his family into the southern regions of the state.  He eventually settled in the Bryce Canyon area in 1875.  A skilled carpenter and business man, Ebenezer Bryce helped establish another community by building the first church (and oldest chapel still in use) in Pine Valley (just north of St. George). 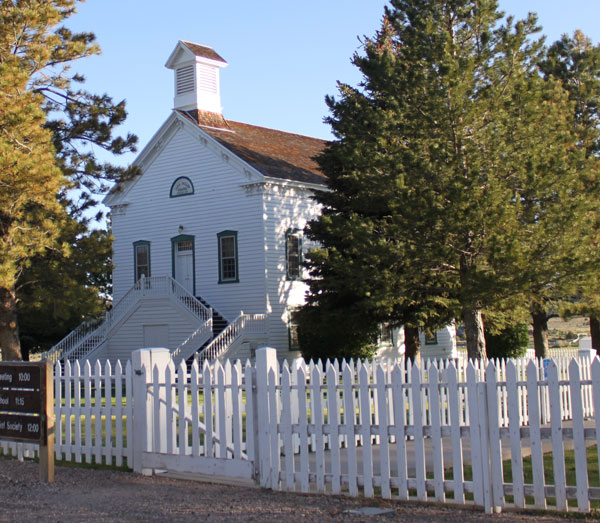 So how did the name Bryce become associated with one of the most famous National landscapes on the planet? It all began when the LDS Church made the request for Bryce to move his family to the Paria Valley to settle the new region, just south of the legendary canyon.  The Bryce family’s journey to the Paria Valley would literally pave a trail to the now-famous Canyon.  Bryce chaperoned the construction of a seven-mile irrigation canal from Paria Creek, a feat which gave the newly developing town the infrastructure to being farming.

Legend claims the “Bryce Canyon” name stuck due to his unsuccessful attempts to raise cattle in the area. After losing one too many cows to the endlessly lonely labyrinth of rock formations, Ebenezer Bryce is quoted grumbling that an amphitheater is a “hell of a place to lose a cow.” Although Bryce moved his family to Arizona in 1880 to settled a new area, his name remained the nickname for this curious southern rock maze long after his departure.  It wasn’t until 1928 that the area was officially designated as “Bryce Canyon National Park,” immortalizing Bryce’s presence in the area forever.

Apparently Ebenezer’s surname had great appeal, as his newly found home in Arizona also took on the famous name. He died on September 26, 1913 in Bryce, Arizona.