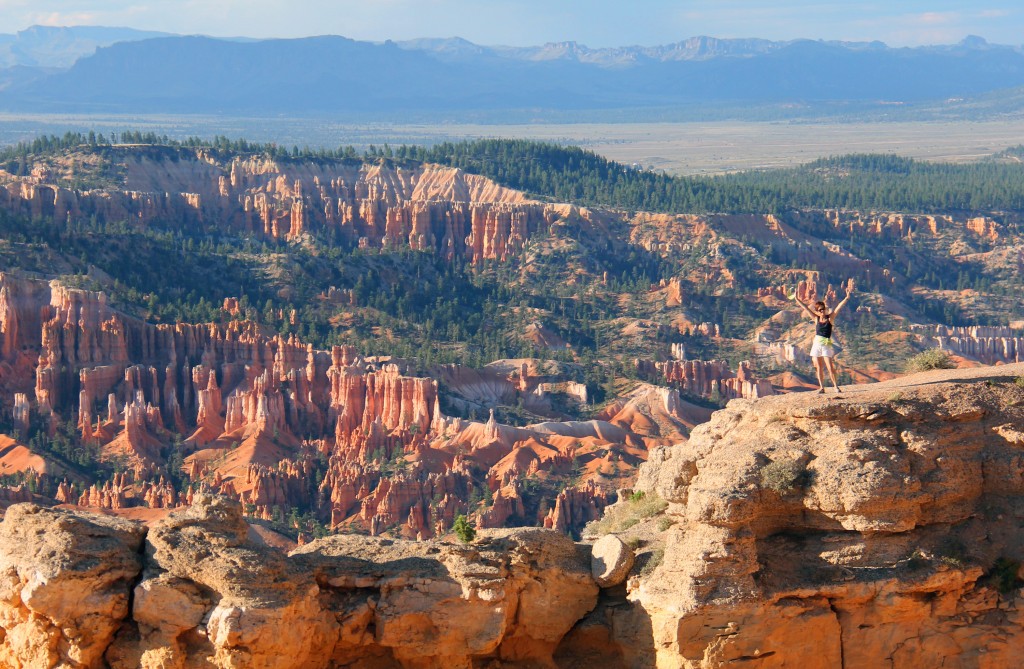 Bryce Canyon National Park is full of so many fun things to do, it might be hard to know where to begin. There are many favorite destinations like Grand Staircase, Byway 12, Ancestral Puebloan villages, slot canyons and all of the shopping centers available, but there’s a lot about Bryce Canyon that you might not know about.

Are you looking for other activities that might not be as busy with tourists? We asked some followers what their favorite spots were that most visitors may not know about. Below is a list of spots that you may not have seen or been to yet:

This loop trail connects to Queens Garden and passes through the heart of the canyon. The trail gets its name from the fact that it bobs up and down in elevation many times, so hikers can “peek” out of the canyon. Most visitors don’t make it out to Peek-A-Boo Loop and instead stick to exploring Sunrise Point or some of the shorter trails nearby. Those who make it are in for a fun hike, great perspectives of the famous hoodoos, sweeping canyon views and a good workout. -Nikita Smeshko from Overland Undersea

The trail from Rainbow Point to Bryce Point is a phenomenal 23-mile long trail into the Bryce backcountry. When I did it we didn’t see anyone else on the trail on day one. On day two, we broke camp and continued along the trail, still seeing no other hikers. At about 10 a.m. I saw another couple come around the bend going the opposite direction—they were the first people we’d seen in 24 hours. The route concludes by passing the Hat Rack formation, another lesser-known attraction.

No one thinks of skiing when they think of Bryce Canyon, but during the short season, they have a wonderful system of groomed cross country ski trails that pass some spectacular viewpoints. Backcountry snowshoeing and hiking below the rim is also magical in winter as the hoodoos are capped and laced with snow. -Greg Witt, author of 60 Hikes Within 60 Miles: Salt Lake City

My family and I were in Bryce Canyon (my daughter is 10), and there were a few fun things to do. One in particular for families is the National Park Jr. Rangers Program. This gives everyone involved a great insight into the park, such as why lightning is so prevalent in the park, where not to stay in the park in a lightning storm, etc. You can hike just about anywhere. The best part of the trip was leaving on the other side and looking up as we descended towards northern Utah. -Curtis Smith of Maelstrom PR

A secret spot that people often miss is the waterfall located in the park, but you have to drive outside of the park to get there. It’s an easy hike to the waterfall (especially after hiking by the hoodoos!). Bring a blanket and picnic lunch, and it’s easily a half day just enjoying the sun and water. -Danielle, National Park Traveler

If you can, take the Zion-Mt. Carmel Tunnel from Zion to Bryce, which is an incredible drive. Incredible views, winding roads and high altitudes over steep canyon drops—this New Yorker was white knuckled gripping the rental car’s steering wheel.

We stopped at a great spot – Inspiration Point, where the massive Bryce Amphitheater was in full view. With an elevation of about 8,000 feet, it’s an exhilarating experience to look down into the canyon and feel so exposed on the rim like that. -Helen Patrikis of HP-PR